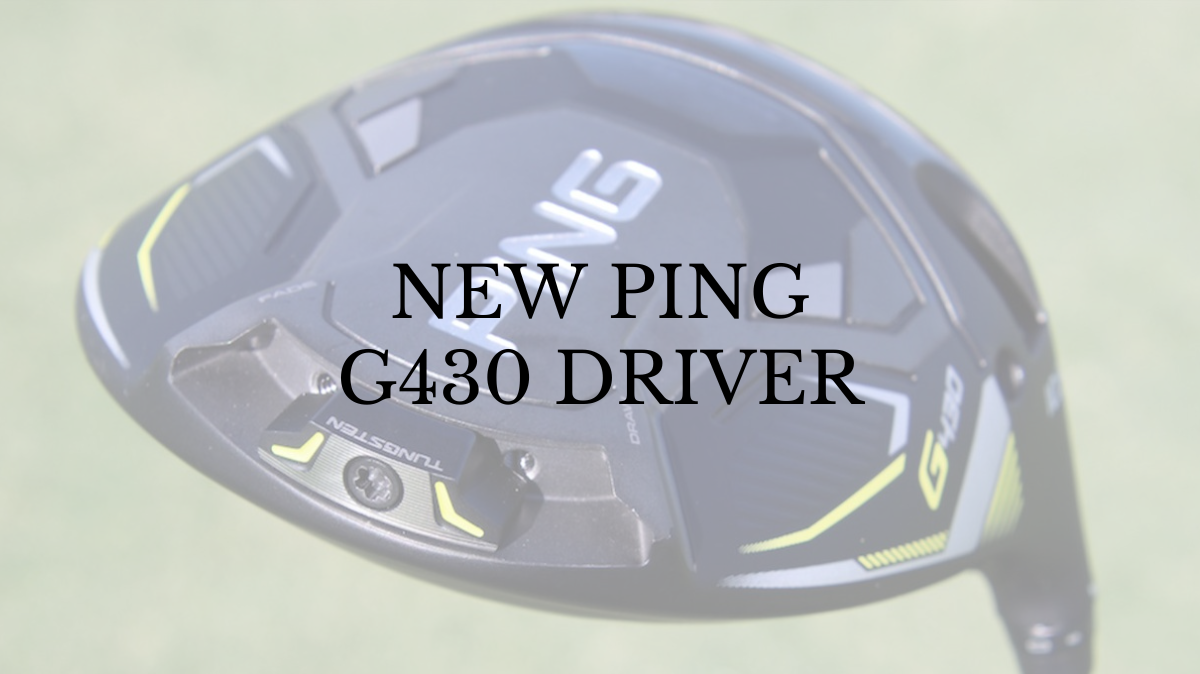 Aside from a golf ball deal with Bridgestone, which he inked in 2022, Jason Day is an equipment-free agent, which means he’s not under contractual obligation to play any certain brand in his 14-club set.

Since January 2021, Day has exercised that freedom to test and use a number of different brands throughout his bag. Most recently, GolfWRX.com confirmed that Day was using a Ping G410 driver, TaylorMade SIM Max fairway woods, a combo set of TaylorMade P770 and P7MC irons, Titleist Vokey SM9 wedges, and a TaylorMade Spider putter.

The G410 driver, which was released to the public back in 2019, has had a consistent starting spot in Day’s 14-club lineup for the past two years.

It seems as though something new has caught Day’s eye, however.

On Monday at the 2022 Shriners Children’s Open, Ping officially launched new G430 drivers, fairways and hybrids on the PGA TOUR. As part of the launch, Ping fitters worked extensively with PGA TOUR players who showed interest in testing the new G430 products.

As a Ping G410 driver user, Day was an obvious candidate for testing. Following his testing session on Monday – the first day of the launch – GolfWRX.com caught up with Day to get his take on the new Ping driver.

“Well, apparently it’s supposed to be a couple miles per hour faster, is what [Ping is] saying, and they’re also saying that it tends to go left-to-right,” Day said about the G430 LST model driver. “It may not work for someone who already fades it, but I’m one of the guys who [hits a draw]. But it seemed pretty good. I still have to test it out over the next couple days, but I’m driving it about the same, if not a little bit further, than my G410 that I had. But we’ll see, it’s so early. Right now, it’s pretty friggin’ nice.”

“I just like the way it looks and sits on the ground already. I don’t like things looking like they have too much loft and like it’s looking up at you and hooded a bit. The loft on [the G430 LST], it looks like you’re gonna hit these low bullet fades all day. The way that it looks right now, it’s really good.”

Day hasn’t committed to playing the G430 LST in competition this week just yet, but based on looks, sound and performance, Day seems objectively impressed.

“The good thing is, I don’t get paid from anyone, so I can be completely honest and tell you if the driver’s crap; and right now, the way that it’s coming off, it’s really nice compared to my G410. Typically, in the past, with the 410, I put a little bit too much spin on it. I think a lot of guys struggle with spin with Ping, and I play a softer ball now, so it’s obviously adding to the spin. But they said that this is a lot less spin than the previous drivers. That might fit me perfect.”

Ping is currently offering two driver models (LST and MAX), one fairway wood (MAX) and one hybrid model (MAX) to PGA TOUR players. Keep in mind, this is not necessarily indicative of all G430 models that will be available to players, or the general public, in the future, it’s just what’s available during the first week.

Ping isn’t yet discussing what technologies and designs have changed in the G430 compared to the previous G425, but from GolfWRX’s photos on Monday, it appears the G430 LST driver has a “Carbonfly” wrap crown, Ping’s familiar “Turbulators” on the crown, and adjustable weighting in the rear portion of the sole.

We’ll keep you informed with details on the Ping G430 products when more information becomes available.